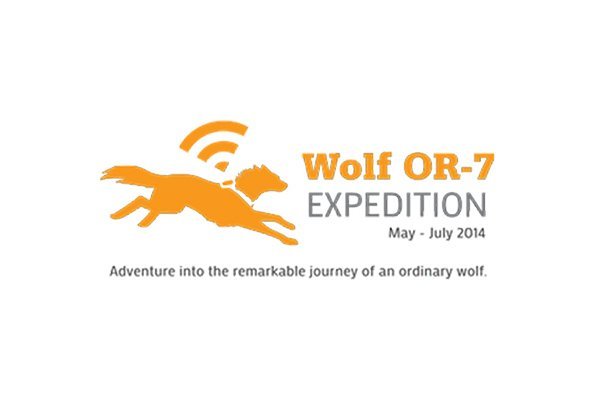 In 2011, a wolf became a wildlife celebrity among nature enthusiasts and residents of Oregon. The wolf, which was tagged with a GPS-enabled collar and labeled OR-7, left his pack in northeastern Oregon and headed west. This unusual behavior change came days after a kill order was issued for his father and a sibling who had become a nuisance by preying on local livestock.

The wolf, who was searching for a mate, became the first of its kind in the western part of the state since the last one was killed in 1937. As if one state wasn’t enough, the four-legged sojourner continued into California where he would become the only living wild wolf since 1924. His travels included northern California, Nevada and southern Oregon. All of this data was collected thanks to the GPS collar that went with him.

Over the past three years, OR-7 has gained popularity as more people began following his journey. It was recently announced that his GPS collar has reached beyond its expected lifespan and biologists do not intend to replace it once its signal fades.

The reason for the decision has to do with the status of the wolf. Biologists prefer to tag breeding pairs and pack members because collaring a wild animal is risky and time consuming. They believe that data collected from pack animals that haven’t been GPS tracked yet would be more valuable than following a single bachelor.

While OR-7 most likely won’t know the difference, his human followers will. Many people will be disappointed to hear that the fate of the wild wolf they have grown to love from a distance may never be known. The worldwide interest generated by the GPS tracking project has impressed members of the Oregon Department of Fish and Wildlife. Tracking efforts will continue even though the famous OR-7 will fade out of the view of the public eye.